The Joy of Building

Land grading is one of the core ways to prepare the ground for use or to deal with existing issues. You may need to hire a land grading contractor if you're looking at one of the following scenarios.

Constructing a House or Doing an Addition

Whenever someone builds a house, they need to set it on flat land. Likewise, they also need to have a flat area where they can move equipment and stage materials for the project. One of the simplest ways to produce flat land for construction or addition projects is land grading. A contractor can figure out what grade will make the area level so you can then go about your work with relative ease.

Be aware that land grading work should only come after you've handled other issues. If the ground is too soft, for example, you may need to engineer it before doing any grading. Grading is the final step in the process, not the entire solution.

A land grading contractor can also address many smaller projects. If you want to install a sidewalk, driveway, or patio, flattened ground will make a major difference.

Many landscapes can look pretty rough. This is particularly true if you're just starting to reclaim the land. For example, you might have decided to expand your yard by reclaiming some shrub land from the back of the property. Most likely, the ground is going to be uneven from years of inattention. Also, there may be some ugly spots left from removing the shrubs.

Grading in this case doesn't have to just be producing flat ground. You might also use a grader to clean up the sides of a slope so it has a cleaner face.

Land grading is often one of the fastest ways to address drainage problems on a property. It generally works best when an embankment is the main barrier to good drainage. However, even if you need to do other work, grading can simplify the process. With a clean grade, the water will flow to a more predictable spot. You can then install culverts, pipes, or drains to carry the water away and keep the ground from becoming swampy.

If you want to sell a parcel of land, grading can add significant value. This will make the site look cleaner and more construction-ready.

Note that you may have to do some land clearance before grading the area. However, once you've cleared and graded the land, it will be more appealing to anyone who wants to build there. 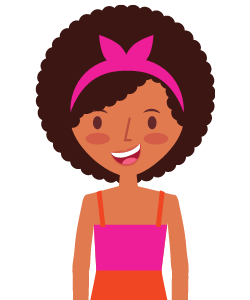